Merry Christmas and Happy New Year to all of my readers!  Thanks so much for taking the time to read my posts and, at times, providing some fiery debate over them.  It has been a lot of fun and I hope to keep it up over the next year.

I posted a little blurb a couple of years ago about the various days to celebrate over Christmas which you can read here.

As you go through this holiday season please remember why we have a holiday season, which is God who came to earth in human flesh as the fully human Jesus of Nazareth.  If Jesus never came, the Holiday Season as we know it simply would not exist; indeed the coming of Jesus was so momentous that it caused Western Civilization to restart our dating system back to “zero”.

Please be sure to give proper devotion and recognition this Holiday Season to Jesus the Savior of the World who came, and, through his life, death, and resurrection, defeated sin, death, and the devil.  Jesus, as it were, as the Christ-Child, leaves the gift of himself, which is eternal life and bliss with him, under the tree, if you will, in the homes of everyone in the world.  He will not open it for you and he will not force you to take it and if you do not accept it, the gift will never be conferred upon you.  So, please, as you consider the next year, please accept this gift that the Christ-Child leaves for you under your tree because Jesus went to his death to make sure you have it as it literally has eternal benefit and consequences; God could not give you any more than he has, which is all of himself for specifically you.

As a side note, I am sure you all have heard of Kris Kringle who people assume to refers to Santa Claus.  The fact is, German Christians, like all Christians, anticipate the arrival of the Christ-Child on Christmas morning.  In German “Christ Child” is translated as “Christkindl“.  When English speaking Christians heard German-speakers say “Christkindl”, they heard, in their English-speaking-brains, “Kris Kringle,” and assumed the German-speaking Christians meant Santa Claus (or Father Christmas, as it were).  So, yes, Kris Kingle will be coming this year, as it were, as we celebrate the coming of the Christ-Child every year!

Finally, I saw the little meme image below and I thought it was very funny.  For all those who think ‘”X-mas’ takes Christ out of Christmas”, please refer to this image.

Nathan Rudolph, my friend and fellow parishioner at St. John the Evangelist Anglican Church, has started a comic strip which I have greatly enjoyed and appreciated.  With his permission, I will repost them here after he posts them.  I think my readers will appreciate them as much as I do as they are rather insightful with a snarky edge.  Enjoy!

Here are the links to the previously posted strips:

Here is the latest strip:

Here is the latest post by Angela and Daz Croucher to their blog A.D. Croucher! They are up-and-coming young adult authors. Check them out!

It was a banner year for books by famous people who don’t normally write books. Sure, ’tis the season for such things—every year we get a glut around this time of celebrity memoirs—but this year, there were three that really stood out as special.

Anna Kendrick, whose acerbic, snarky, and essential Twitter feed has been showing us for years that she knows her way around a finely honed sentence, gave us Scrappy Little Nobody, a brilliantly titled collection of essays covering her life from childhood to Broadway debut to Twilight to Up In The Air and beyond. What many of these books lack is a point of view; that’s not something Kendrick has an issue with. Bracingly honest, her often savagely funny and…

This post is in my series regarding the North East Art Rock Festival (NEARFest).  You can find all of my posts regarding NEARFest here and I started the series here.

At each NEARFest, the Festival organizers created a weekend event program.  I was lucky enough to have purchased one from all of the Festivals I attended, and I will post photographs of them all here.  These programs were expertly crafted with many beautiful photographs and well written descriptions and histories and such.  Of course, they also contain their fair share of ads, as one may expect.  I got most (maybe all) of the programs I purchased at NEARFest over the years autographed by the artist who drew its cover and, in this case, that was Yes and Asia cover artist Roger Dean.

I was able to purchase a program at NEARFest 2010, and I thought it would be fun to post it here for prog rock fans who may not have had the opportunity to go to the Festival and/or purchase the program.  Accordingly, I took photographs of each page of the program and posted them below.

I also posted a review of NEARFest 2010 which you can see here.  The review contains many photographs from the event. 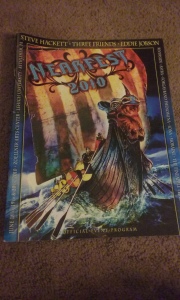 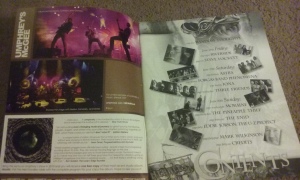 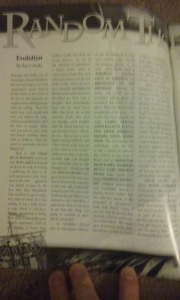 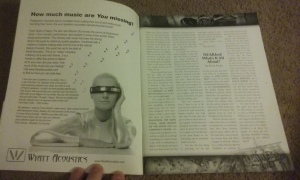 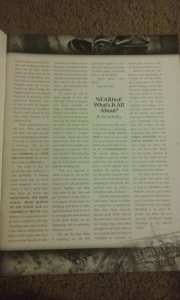 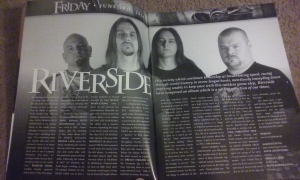 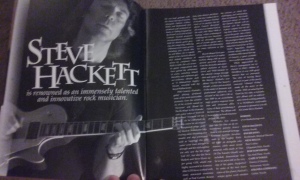 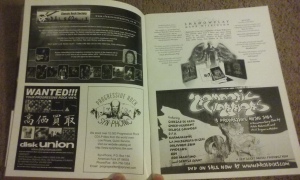 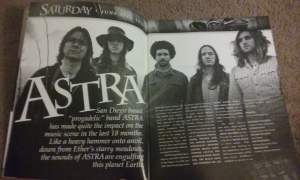 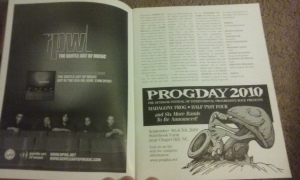 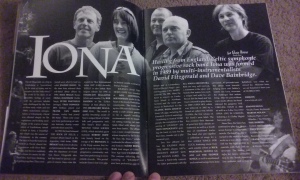 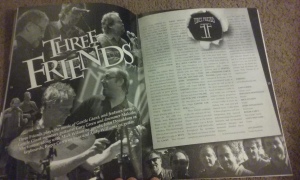 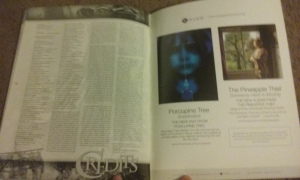 The idea that typical Christmas traditions – like Christmas Trees, Santa Claus, or even its date – all somehow derive from paganism is so common that it has become almost a truism.  The pagan source is either described as something the Christian Church coopted and Christianized or merely as something that has survived as a historical or cultural accident despite the influence of the Church in Western Civilization.

As it turns out, the assumption that Christmas traditions are just pagan holdovers may, indeed, not be based on reality or historical facts but, rather, on unquestioned presumptions – a “conventional wisdom” if you will – based merely on the similarity between the traditions.

It appears, for one reason or another, scholars have recently taken another look at the origin of Christmas traditions, and their findings have revealed that the conventional wisdom about their origin appears to be mistaken.

In addition to the above articles, I highly suggest watching this video:

This additional video is primarily addressed to Christians who object to Christmas trees on biblical grounds:

Of course, then there is also this meme:

Check out Faye Cohen’s post to her blog Toughlawyerlady!

Does the above mean that the candidates should not be elected as President? No, it just means that they are human, and that they are subject to the same human…

Church Sues Over Denial of Use Permit

“According to Saturday’s Fort Worth Star Telegram, earlier this month the 75-member Now Faith Deliverance Temple filed a state court lawsuit against the Pantego, Texas Town Council after the Council denied the church a special use permit.  The permit would have allowed the congregation to continue to operate in the building to which it relocated 6 months earlier.  Apparently the Town had received complaints from neighbors about noise levels at the church.  The non-denominational African-American church charges that the Town Council has a history of denying permits to religious groups whose members are racial or religious minorities. Last November, a mosque faced a similar refusal.”